Paradise Creek isn’t what you’d expect to find behind a power plant. And that’s probably why it had to be created. Located where the Elizabeth River runs into the city, the area was once punched in the face by the EPA for ridiculous levels of pollution…to the point of being deemed ecologically dead. It was less of a creek and more of a toxic bog hellspot.

But in 2001, the Elizabeth River Project and the citizens of Portsmouth got together to clean up the area. Their YEARS of hard work have resulted in the creation of the recently opened Paradise Creek Nature Park. It’s gorgeous. 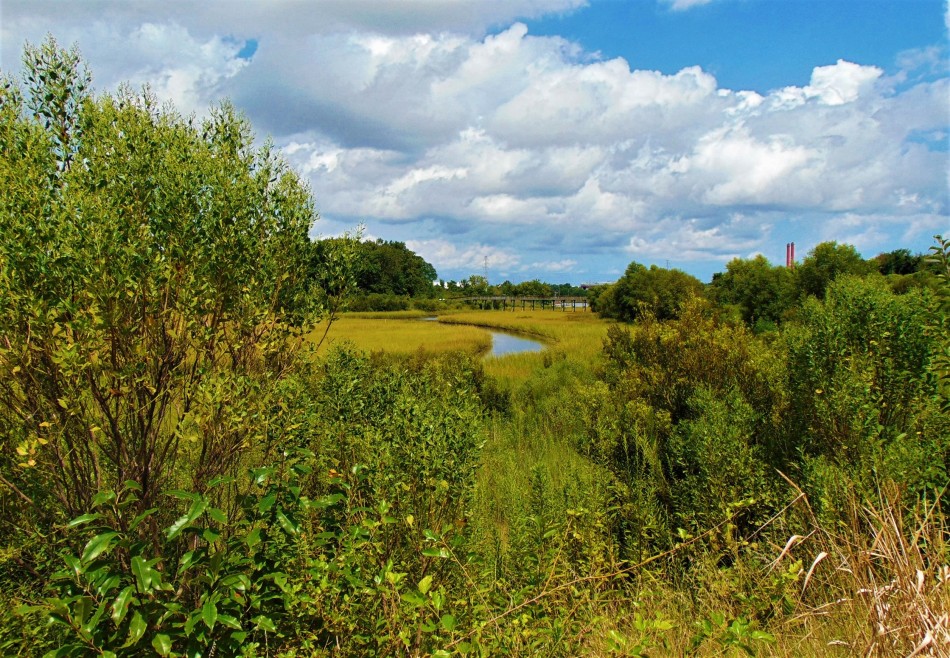 In some photos, you’ll see massive facilities. Two of them, Enviva – a power company – and the Norfolk Naval Shipyard, work hand in hand with Elizabeth River Project to protect the area. Yes, I’m serious. 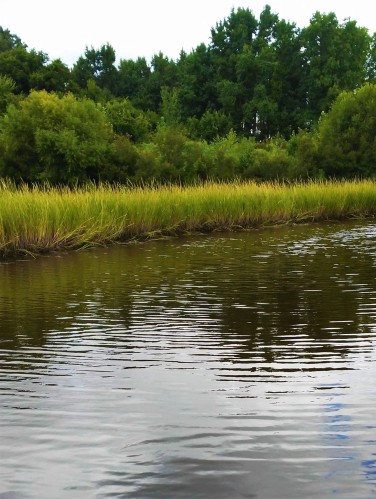 What I love most is that this site is open to folks of various physical abilities. There are trails that are wheelchair friendly, but nothing tops the kayak launch. It was designed so that a user can take their wheelchair to the waterfront and transfer, on a boarding bench, directly into their kayak. 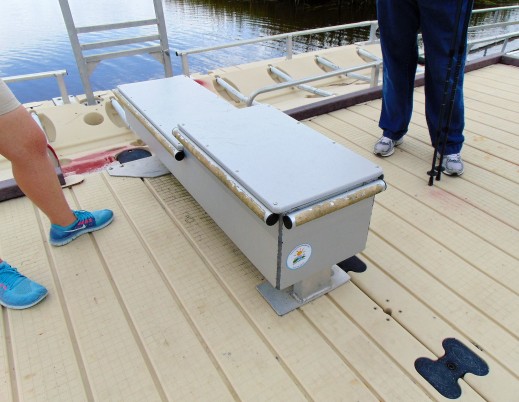 Let’s Talk About Those Walking Trails

At 40 acres, it isn’t the largest park in the world, but they do manage to get in a fitness trail, along with butterfly and urban tree trails. You will need bug spray. This place is almost always empty – which is probably why the mosquitoes attack with such…uh…zeal? Gusto? I dunno, but I’ve never seen anything like it. I’ve been in swamps and jungles all over the world, but I have never seen a cloud of mosquitoes freaking descend biblical plague style.

The ranger noted this as the, “Jurassic Park area,” and people were RUNNING out of it, swatting all over themselves as visible-at-twenty-paces welts peppered their flesh. Again, do not attempt without bug spray. For real. 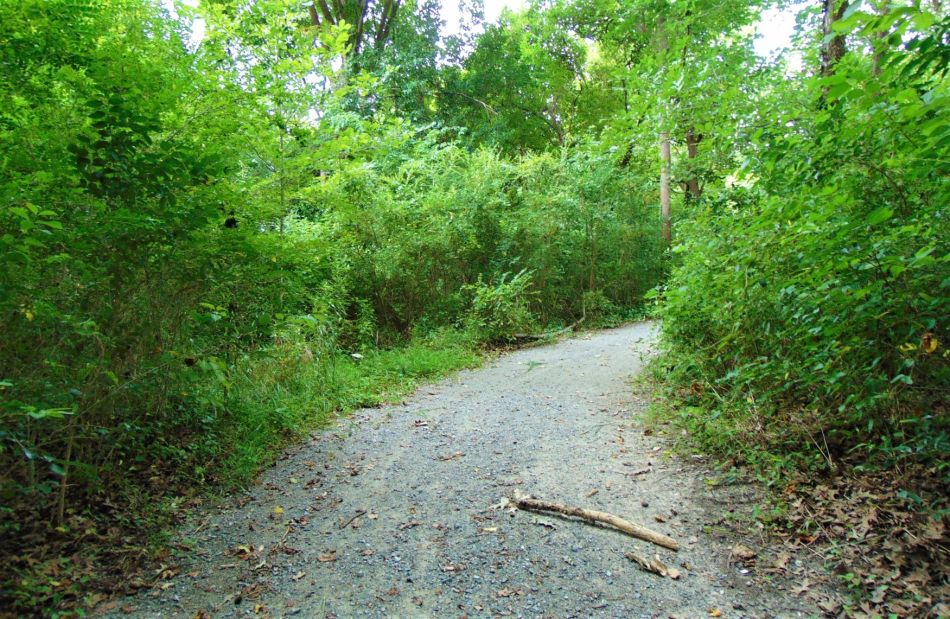 What to See in the Park

The park has a great relationship with area schools. Local kids raised hundreds of the plants that live in the park today. No surprise then that you’ll find an outdoor classroom there. 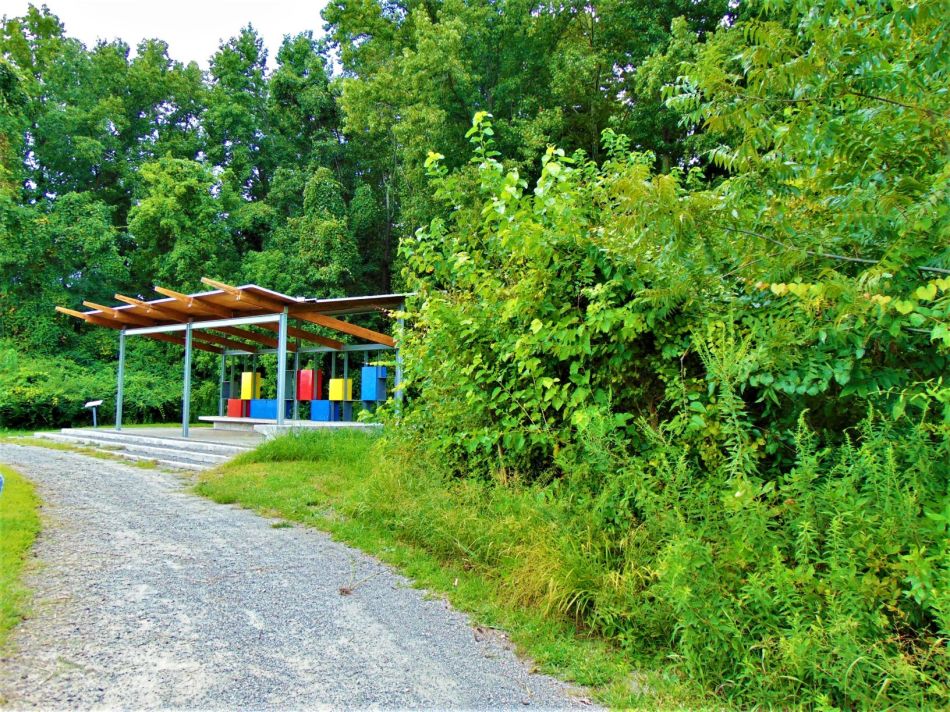 And with a site that hosts Art in the Park events, you’d expect to find an art installation or two. The one below was created and donated by Scottish artist Rob Mulholland after he visited the park. 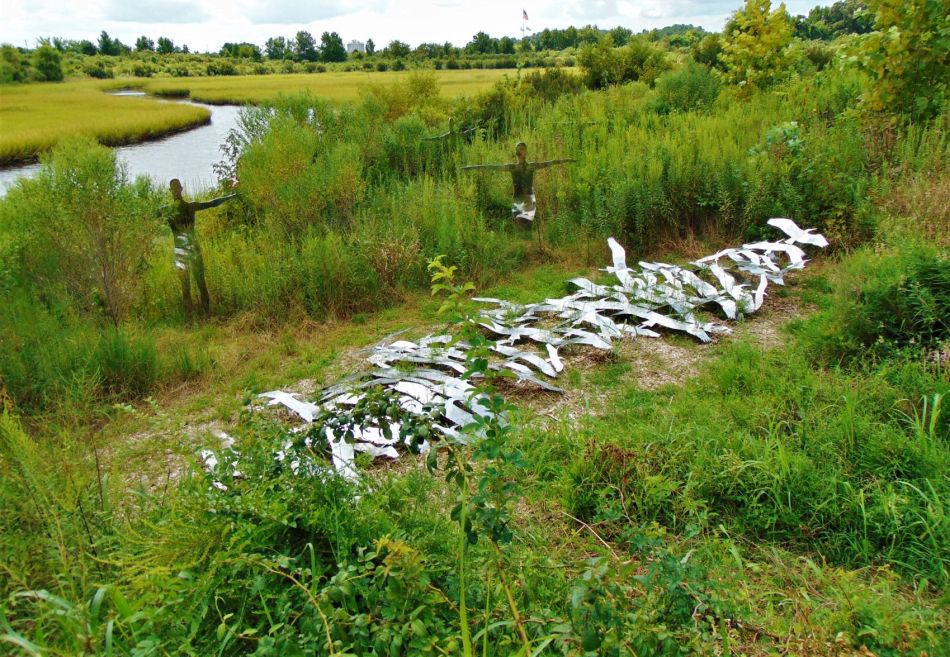 Called “One Flock,” four human figures watch over 100 stainless steel blue herons. Also, look towards the horizon – can you spot the power plant?

How To Get There

No matter which way you come in, you’ll feel like you’re on the wrong road. I meant what I said about it being in the middle of an industrial area.

The only way to hit this site and avoid a toll is to take I-264 and get off at Exit 3. After a seven minute or so drive, the entrance will be on your right. It will pop out of nowhere.

Other options are to take the Jordan Bridge (I-464 to Exit 4) or the Downtown Tunnel to Portsmouth (Exit 3).

If you have little ones, expect the playground and river academy soon. They were close to finishing when I visited a few weeks ago.

To learn more about the site or to schedule a group visit, go to http://paradisecreek.elizabethriver.org.

10 comments on “Paradise Creek Nature Park in Portsmouth, Virginia Shouldn’t Exist. Be Glad it Does.”

DEAR DMV PEOPLES! I tried this on the advice of a coworker and it's delicious...so I googled it and HOLY SHYT THEY HAVE A CAMPGROUND.
To answer @journey.with.phoenixrose (very belatedly), this is how I plan out my trips. I'll finish it out this weekend. I aim for 1 to 2 trips per month.
Spending New Years in quarantine, but not misery. Hunkering down with a candle and journal to jot down personal reflections on authenticity, plan out camping trips for 2022, and plot posts for various blogs.
Wonderful article by @simplyjiquanda featuring @blackandcamping, @wayoutrailroad, @hikingwiththebear and my SUPER KICKBUTT leopard print pjs.🤣

ItsHerVan gives easy to follow tips on van conversions, camping, and travel from the perspective of a techy, non-tool-using, history nerd.